'Sky of Bombs, Sky of Stars'
​by Marsha Skrypuch 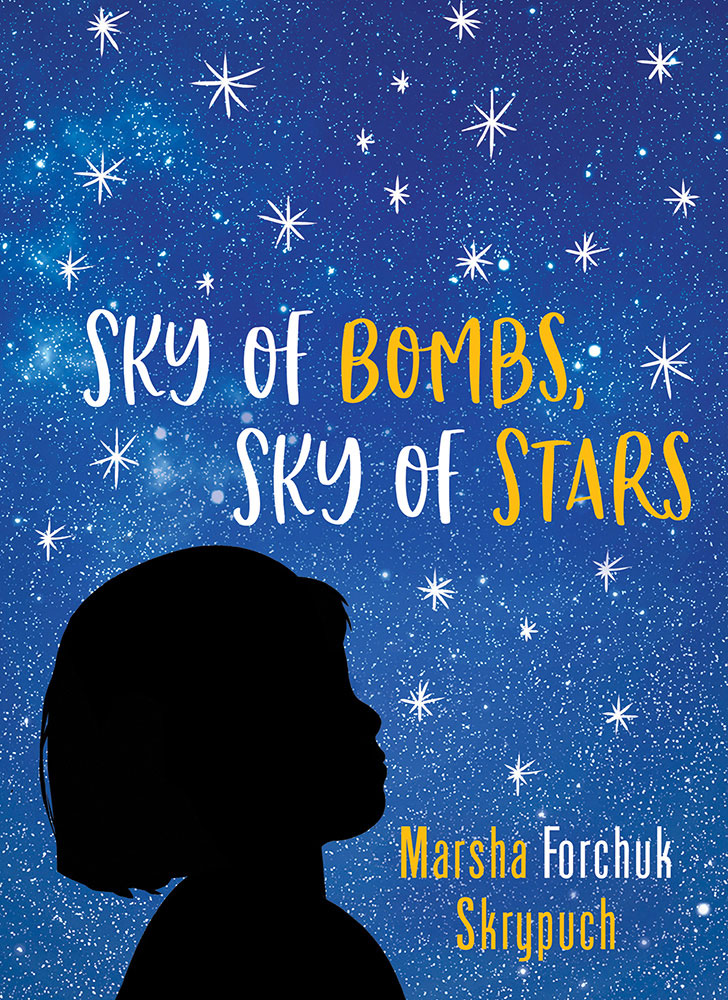 Buy Sky of Bombs Sky of Stars
Tuyet remembers little about life before the Saigon orphanage, before polio left her limping and in constant pain, before the war made it too dangerous to stand under the bomb-filled Vietnam sky. Unable to play with the other children and knowing that at eight she is too old be adopted, she helps care for the babies in the orphanage.

So when frantic aid-workers load a van full of babies and take Tuyet as well, she thinks that’s why she is there: as a carer. She can’t guess that, with the capital about to fall to the North Vietnamese, she is being evacuated on the last airplane full of at-risk children bound for new adoptive homes in the west.

Before she knows what is happening, Tuyet is whisked into life with the Morris family: Mom, Dad, their biological daughter Beth, and their adopted children Lara and Aaron. It takes some time to really understand that she isn’t there to help care for baby Aaron: she is there to be their daughter. She learns that the bright sparks in the sky are stars, not bombs, that flames on a birthday cake are nothing to fear, and that her only jobs are to play and to be loved. But a bigger test stands before Tuyet: corrective surgery for her twisted ankle, and a gruelling physiotherapy regimen.

Unable to speak English yet and terrified that the procedure will fail, Tuyet must draw on every ounce of courage and focus on her dream of running and kicking a ball in a pair of matching shoes. 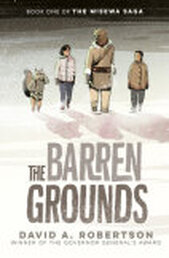 Morgan and Eli, two Indigenous children forced away from their families and communities, are brought together in a foster home in Winnipeg, Manitoba. They each feel disconnected, from their culture and each other, and struggle to fit in at school and at their new home -- until they find a secret place, walled off in an unfinished attic bedroom. A portal opens to another reality, Ask�, bringing them onto frozen, barren grounds, where they meet Ochek (Fisher). The only hunter supporting his starving community, Misewa, Ochek welcomes the human children, teaching them traditional ways to survive. But as the need for food becomes desperate, they embark on a dangerous mission. Accompanied by Arik, a sassy Squirrel they catch stealing from the trapline, they try to save Misewa before the icy grip of winter freezes everything -- including them.

'The Language of Ghosts' by Heather Fawcett 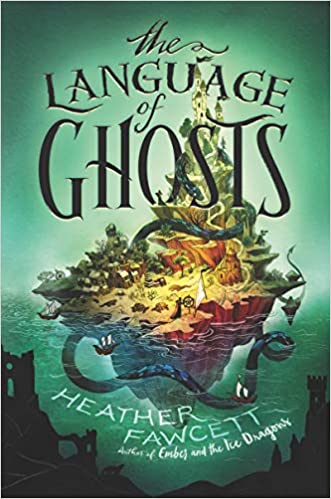 ​The Penderwicks meets Howl’s Moving Castle in this thrilling middle grade fantasy adventure about a trio of royal siblings who unlock a long-forgotten magical language in their bid to reclaim their stolen throne—from Ember and the Ice Dragons author Heather Fawcett. Perfect for fans of Kelly Barnhill and Robert Beatty.
Forced into exile on an enchanted, moving island, ex-princess Noa Marchena has two missions: reclaim her family’s stolen throne and ensure that the dark powers her older brother, Julian, possesses don’t go to his head in the process. But between babysitting her annoying little sister, Mite, and keeping an eye on the cake-loving sea monster that guards the moving island, Noa has her hands full.
When the siblings learn that their enemies are searching for a weapon capable of defeating Julian—whose legendary spell weaving is feared throughout the kingdom—once and for all, they vow to get to it first. To everyone’s surprise, the key to victory turns out to be a long-lost magical language—and only Noa can speak it.
But what if by helping her brother, Noa ends up losing him?